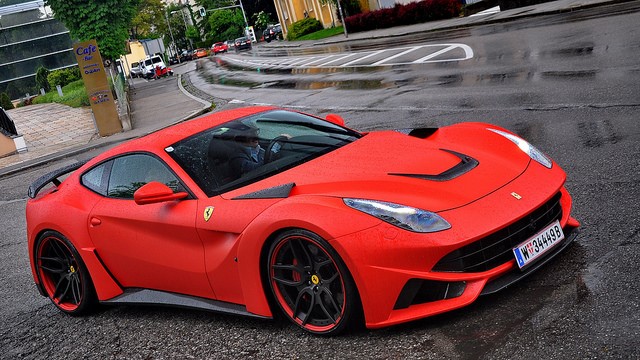 A sports car is a perfection of style and advanced technologies, that’s why these cars are so popular among the fans of exotics. Those who buy or pick up exotic car rental are not used to compromises, and the technical characteristics of the car simply have to impress. However, for many people, the extreme character and ultimate power are not enough, and there are several additional requirements for cars of this level – they must demonstrate the design at the level of the world masterpiece and strike with its stunning beauty. So, let’s check out the rating of the most beautiful sports exotic cars… 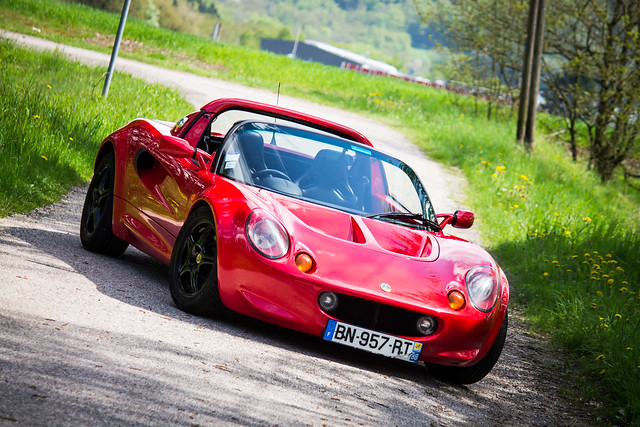 This car model was launched a long time ago, and its updated version retained the overall style of its predecessors. Created at the sunset of a bio-design era, the car embodied the best qualities, which allowed to achieve outstanding aerodynamics. As for the technical features and interior of the car, they are rather modest. An inline-four engine is located transversely in the base of the car. The stock model’s power is only 122 hps, but thanks to its low weight, acceleration to 100 km/h takes 5.9 seconds. Despite the engine volume of 1.8 liters, the car is able to step over the second hundred. The limiting speed is 202 km/h. Also, there are more dynamic versions of Lotus Elise, in which the technical potential corresponds to an outstanding design. If talking about beauty, then Pagani Zonda won’t leave indifferent anyone – some people don’t like its appearance, but for someone it’s considered to be the top of the style. In any case, the car turned out to be a unique masterpiece not only in terms of technical characteristics. The maximum speed of 350 km/h allows you to safely refer this vehicle not just to sports cars, but to supercars. The mid-engine arrangement with the rear-axle drive makes it possible to feel all the delights of driving a car with the power of 6002 hps. By the way, there’s an extreme modification with a V12 engine providing about 750 hps.

Over the past 30-40 years, Porsche cars are distinguished by the continuity of design and the preservation of the overall style. However, for this model, the basic canons have been greatly changed. Despite the fact that Porsche Carrera GT is a recognizable car, even people far from the car industry will notice a number of fresh ideas that later found their embodiment in other cars. The vehicle is made in the direction of ‘techno’, which gave aggression and emphasized the sharp aerodynamics of the car. 612 hps, acceleration to 100 km/h in 3.9 seconds and the top speed of 334 km/h put it on par with the world’s most advanced supercars. 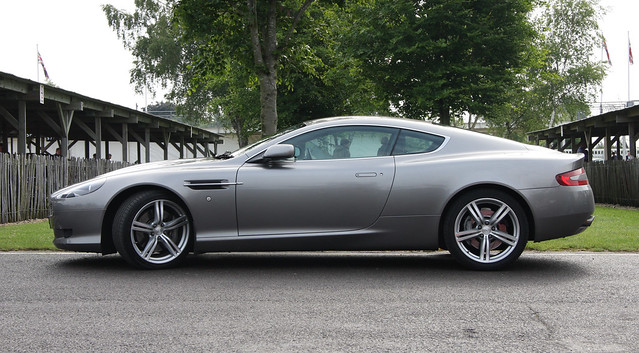 As for the British automotive industry, the unique creation of its automakers can be DB9. An ideal combination of traditional design and advanced technologies allowed to refresh the entire model line and return the interest of drivers around the world. Aston Martin DB9 embodied not only a modern look and powerful engine, but also the most modern technical solutions that made it possible to become one of the best products in the world of car industry. This roadster hasn’t lost its attractiveness until today, which once again proves that a successful design exists regardless of time. 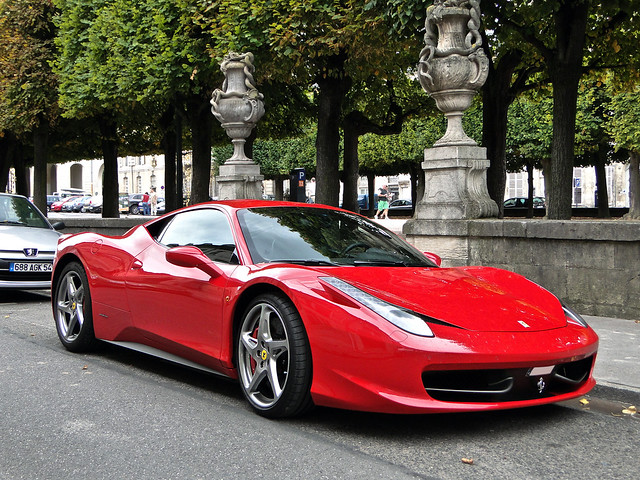 Ferrari can always surprise with its exotic cars. 458 Italia is among the most beautiful creations of the Italian car manufacturer. At the first consideration, LED headlights and sharp edges appear in the hood line. The style of the car is very aggressive, despite the fact that the traditional soft car body contours don’t cause rejection from the public. Unlike the exterior, the interior design is simply futuristic, but at the same time it is harmoniously combined with the exterior. At all times, there were very specific requirements for sports cars, which concerned not only the perfection of technical characteristics and luxurious equipment, but also the original design. Therefore, Ferrari is comparable with the completed masterpiece, which is capable to amaze the fans of exotic cars. 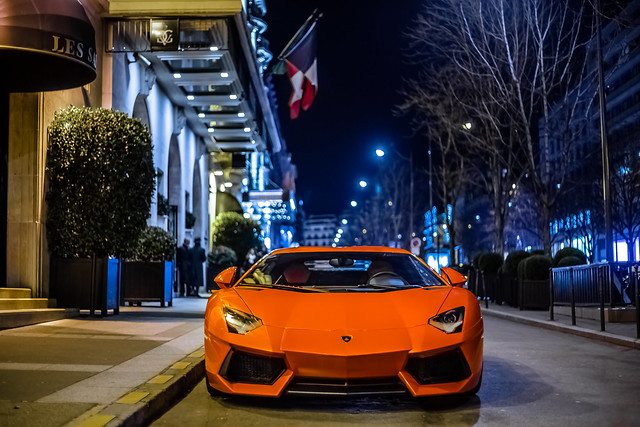 When speaking of style, it’s impossible to mention Aventador. This is a successful stage for Lamborghini, and one of the cars that come to mind when mentioning sports and racing cars. The design of the Aventador is so fresh and original that the common features, preserved in the subsequent models, harmoniously look to this day. The equipment of the car is also impressive: a twelve-cylinder engine with the power of 492 hps, which allows to reach the speed of 100 km/h in 3.8 seconds and the rear-engine layout is really an excellent combination. 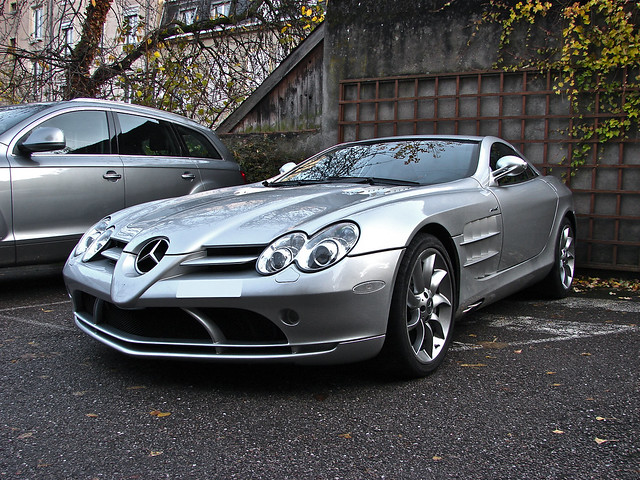 This holder of the three-beam star became an icon of style immediately after releasing. Its appearance, the aggressive radiator grille, smoothly flowing into the hood, along with the swing-up doors, surpassed the most daring expectations. This model became the reincarnation of roadsters of the 50s of last century and absorbed the main features of the best models, adapted to modern realities. It was similar to none of the produced cars or prototypes, so it became a fresh stream in the world of design. Against the backdrop of comfort, a wide range of additional equipment and perfect handling, the SLR McLaren is truly cult, and its name became incredibly famous in the world of sports cars. 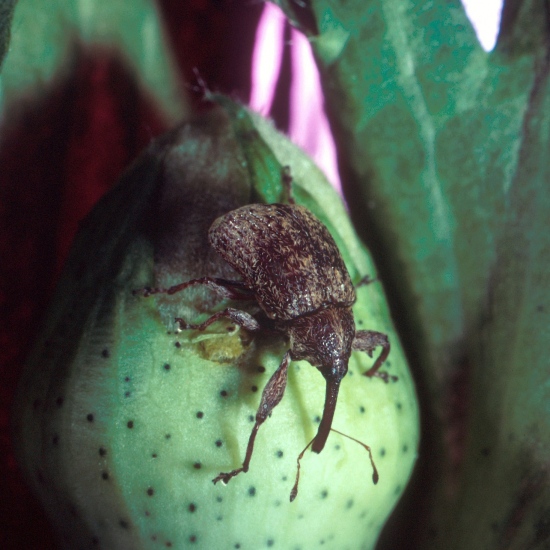 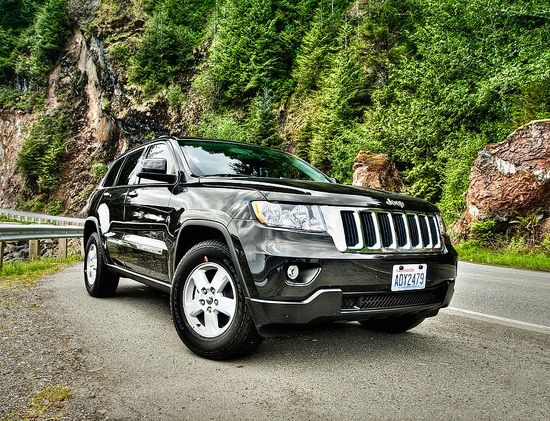